Uh, This is Random

It’s about time Penprints gets a glossary, don’t you think? (It doesn’t really matter because I think it, so it’s happening. ‘Tis the power of a blogger (and, no, I’m not a petty tyrant).) 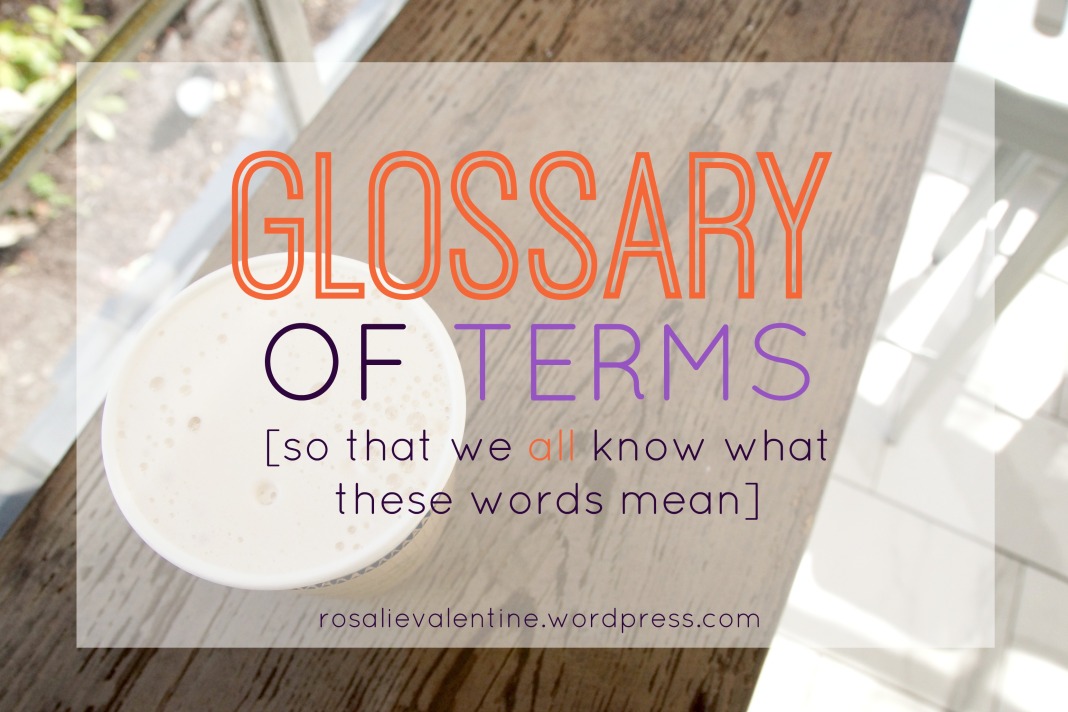 – Beasts: my retelling of Beauty and the Beast; the fourth draft is sitting in a box somewhere.

– An Idea: a white-hot spark of story fragment that’s growing into Something.

– Editing:  the part of writing where the Something is painfully, intentionally, ruthlessly carved into a Story.

– False Gods: my YA Middle Eastern Fantasy; some of this story astonishes me; I think I might love it.

– Flash Fiction: remarkably short stories (1000 or less) which I’m a little mad for.

– Fire: ignited matter that feeds off of oxygen and produces light, heat, and beauty; my muse.

– The Oxford Comma: the little guy who should always (always.) come after the second item in a series of three (so help me).

– The Secret Life of Walter Mitty: only one of the most galvanizing movies to ever be made; one of my favorite movies.

– Winter: the most glorious of the four seasons.

– Copious, Long, and Confusing Parenthetical Statements: I have an affinity for the bit a grammar that goes like this: (-). And I also like nesting my parenthetical statements (sure, I could use commas (because one can never have too many commas, right?), but commas aren’t nearly as fun as parentheses (you know I’m right)).

– Bullet Journal: the nigh magical system that has brought a measure of order to my chaos and spawned this post, this post, and then this post (notice the Oxford comma?)

– The Necklace: my first published story!

– Our Family: the incredibly hard-to-write-but-so-worth-it flash fiction that ended up being my second publication!

– Tony Reinke: only one of the best nonfiction authors of my lifetime. Start with Lit! and then go for 12 Ways Your Phone Is Changing You; you can thank me later. (It’s later.)

– Nadine Brandes/The Out of Time Series: lololololololol, if you’ve been around Penprints for more than two seconds, you know what this is. For those of you who’ve been here for less than 2 seconds, I shall briefly explain. Nadine Brandes is an incredible author, and The Out of Time Series is her equally incredible debut series. So now it’s been explained; go read it and thank me later. (It’s later.) Also, Fawkes.

– TBR: the infamous To Be Read list of books that is ever-growing and only diminishing in increments of not at all.

And that’s it for now, kids.

P.S. – The Glossary is updated every few months.

Hello! I'm Rosalie--a new creation in Christ, a writer, a somewhat crazed blogger, and an ever-hungry reader. You were designed to know God. Let's know him together.